We Love You Dark Matter 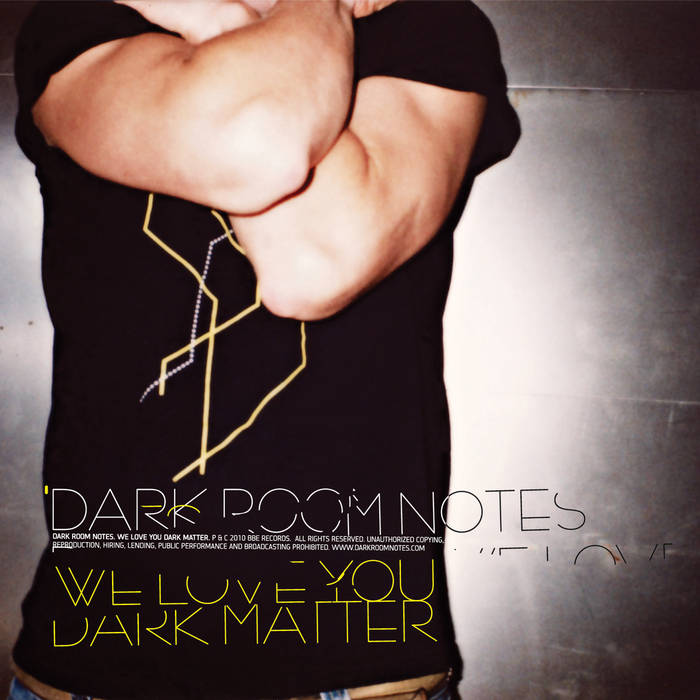 Dark Room Notes began life as a group of guitar-obsessed teenage boys in the west of Ireland, bashing out cover versions of their heroes’ hits in their parents’ dusty basements, while trying to find their own niche in the world of music. Gradually tastes changed, the musical outlets offered by a small town on the edge of Europe began to feel stale, and members left to pursue other lives and dreams.

Eschewing the company of other humans, founding members Ruairi Ferrie and Ronan Gaughan found comfort in machines, first replacing a newly familial bassist with a synthesiser, and eventually finding a drum machine a worthy substitute for an academically-minded drummer. Hanging on to their guitars, the two found a Battles-like level of musicianship ever so slightly beyond them, and it became clear that a further pair of hands would be needed in order to help man the growing number of machines.

Following a move east to Dublin, Ferrie and Gaughan hooked up with hat-designer, circus-performer and sometime keyboard player Arran Murphy. Arran arrived at her first rehearsal directly from a class in photography, and as she took out her notebook in order to appear eager in front of her new colleagues, the words ‘Dark Room Notes’ shone out from the cover, thus christening the new trio. As the songs began to take shape, and the practice began to pay dividends, gigs inevitably followed. DRN’s unique sound began to attract attention, and countrywide gigs were complemented by trips to London and Berlin where, although their audience sometimes included a menagerie of animals, the band continued to expand their reputation.

Never ones for stasis, DRN were soon to indulge in further personnel augmentation. Sensing that the energy generated by a real-life human drummer could only add to their live experience, the band recruited Darragh Shanahan, photography lecturer at the very same institute that had inadvertently provided the group’s moniker. DRN was sonically enriched and, membership-wise, complete. Very soon the band began their relationship with producer Ciaran Bradshaw. A single, Love Like Nicotine, was soon released on fledgling Dublin label Gonzo, run by newly appointed band manager Martin Bradley. This included b-side remixes by Tom Rixton and the legendary Flood. The excitement generated by this release encouraged the band to record a further EP, Dead Start Program. This release, also on Gonzo, cemented DRN’s standing as one of Ireland’s most interesting and inventive bands.The stage was set for the recording of We Love You Dark Matter, Dark Room Notes’ debut album. Aside from support slots with Kraftwerk, Soulwax and Ladytron, all energy now went into the writing and pre-production of material for the record. After months spent holed up in Dublin’s industrial belt, DRN and Bradshaw were ready to take their songs to London’s Miloco Studio in Hoxton Square. Fourteen days of live recording later the band emerged into the sunlight with 14 songs.

The band then signed with BBE in Autumn 2009, to further develop their plan for Global domination. We Love You Dark Matter will be out in early 2010