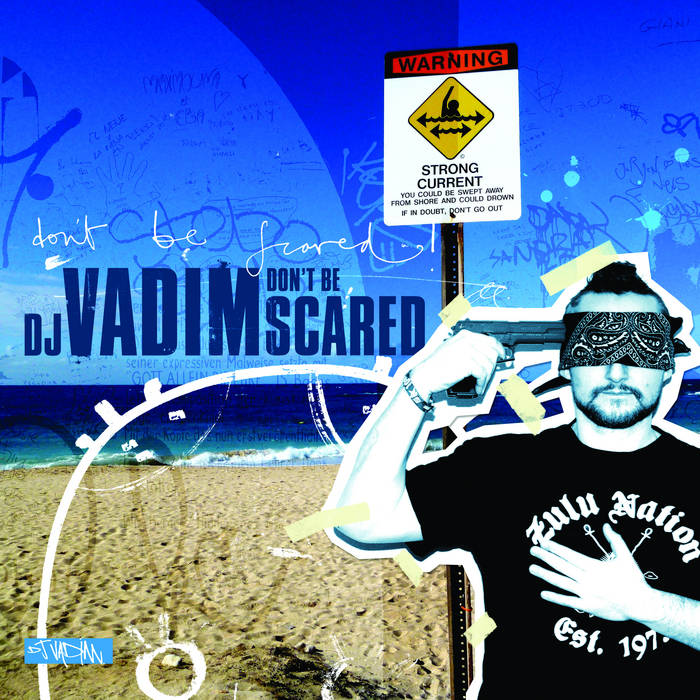 All changes, even the most longed for, have their melancholy; for what we leave behind us is a part of ourselves; we must die to one life before we can enter another. (Anatole France). Mr eclectic electric, Mr internationalist (69 countries to date), part time Fat Freddy’s Drop collaborator/remixer and DJ (Electric Freddy), the John Coltrane of electronic music, Grammy nominated (2002), multi award winning DJ and producer, Daddy Vad returns with his 6th solo album entitled ‘Don’t Be Scared’.

Everything you thought you knew is wrong. The year is 2012, a year of occupy movements, global dissatisfaction and protest at the status quo. No facet of our lives has been unaffected. No industry has remained unaffected. In just a few short years the music scene has mutated many countless times, bringing with it the rise and fall of countless genres, styles and its stars. Living through troubled times of huge social and political upheaval, our fear holds us back and urges us to re-tread old paths.

Welcome to ‘Don’t Be Scared’ by DJ Vadim – one of the founding fathers of beat culture, who presents his 10th studio album. Is it possible to create something entirely new? What does one of the fathers of the new beat scene do in a time of such huge tectonic plate movements? ‘Don’t Be Scared’ is an album about change, about progress, about moulting the old, cutting the dead wood away and bringing in the new. Rediscovering old paths, themes and patterns and melding them with one eye on the future. Part hip hop in mind-set, part electronic in sound, and part soulful in spirit with undertones of tribalism and some very ethnic and hypnotic elements, this album is rooted to bass culture, connecting dots along the way. Abstract dark sounds from previous albums such as USSR Repertoire (96) get rediscovered. Twisted dancehall crunked bass lines meet traditional African rhythms in a Bollywood cinema, whilst lush strings and grand pianos sit next to haunting morphed keyboards; afro beat licks and smoked out grooves.

The seeds of this album were set in November 2010 in Auckland (NZ) where the first tracks were created from many jam sessions with some of NZ’s leading musicians (Fat Freddy’s Drop, Trinity Roots, Coral, Julien Dyne, Isacc Aseli, Lewis McCallum). Fast forward to Germany where Vadim meets with Berlin’s finest beat maker Flako, and then back to the UK where he meets with members of 2012’s BBC artist of the year Michael Kiwanaka’s band, then retreats to Maui (Hawaii), Mexico City, Kuala Lumpur (Malaysia) before being finished in London and mixed in Tokyo. But what do we expect from an artist who has toured to 69 countries and performed more than 2500 times? This is global music, peng bass. What genre is this? Not sure, but one thing’s for sure; there is no one else who makes music quite like Vadim. One look at the discography and Vadim was there before people coined phrases for genres… making dubby druggy step music years before people even had heard of croydon musically. Creating future beats before people called it trip hop or headz, distorting basslines and drums before Glitch or Diplo. This album is perhaps the danciest we have witnessed from Vadim and this is something that for those who have seen him live in the last few years will have felt. Its a tropical bass extravaganza with no limits, no boundaries, no boxes. A nod to your mind, body and soul.

Turn up the volume and bang it out ya truck!

He who rejects change is the architect of decay. The only human institution which rejects progress is the cemetery. ~Harold Wilson