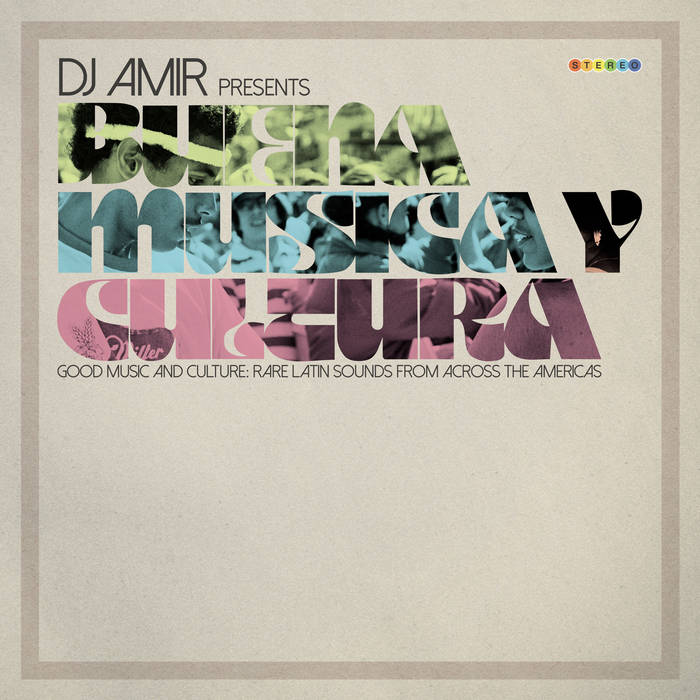 Ryan Sarno Super durisima collection of salsa from smaller (not Fania) labels from NYC and elsewhere, made by bad mothers like Irving Soto. Great keys from Jose Velez of Dax Pacem and from Fito Foster to close the set. Recommended to keep you alive between Sociedad reissues and digging trips to the Bronx. Favorite track: Tembleque.

A highly respected crate digger, DJ extraordinaire, record label go-to-guy and one half of dynamite duo Kon & Amir, we are proud to present this very special collection of music chosen by Amir. Having dedicated his life to mapping hip hop and dance music's lineage, the Boston native has been called upon by Capitol Records, Pete Rock and Shady Records among others for his musical expertise over the years, not to mention having curated quite an incredible catalogue of compilations for BBE. Put simply, this guy has an almost unrivalled ear for a great record. As you may well have guessed from the title, this latest outing has a distinctly latin flavour. Comprising a selection of obscure tracks from the 60's and 70's recorded mainly in New York (but featuring artists from Detroit and the Dominican Republic), there are bound to be new discoveries here for even the most ardent collector. Ranging styles are on display here, but the record has a definite leaning toward upbeat Salsa & Guaguancó. Latin superstars such as Joey Pastrana and Louie Colon may have been household names among the tenements of East Harlem & The Bronx back in the day, but they have never reached a mainstream audience outside the Latin community. Now thanks to Amir's relentless digging, some of the finest and most authentic latin dance music can be enjoyed on one fiery-hot
record.