by Dimitri From Paris 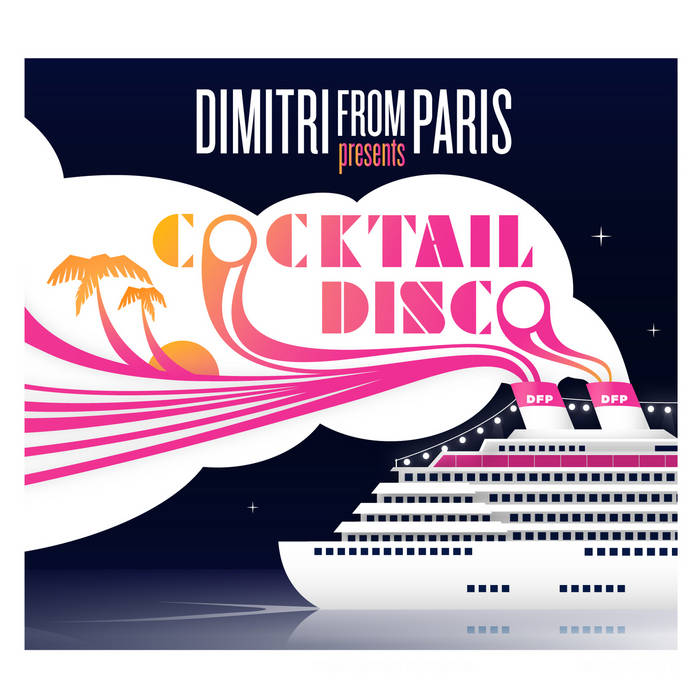 The Monk Of Funk ™

I realised I was going to a second hand record store, with the same mindset as going to a shop specialised in new releases. I was looking for something new, but in a place that carried essentially old things!
By “new” of course I mean fresh and unheard of, and although there are quite a few things on my want list I’d be happy to tick off, I find it more exciting to discover that good song that is not on there.

There is some kind of evolution in music collecting, the more you complete one genre, the more you move to a sub genre, a sub, sub genre, eventually branching out to different musical paths, to avoid being stuck in dead ends.

It turns out records I would overlook a few years back, are the ones I feverishly hunt now !
One of many such sub genres I grew up to love over the years, is a type of Disco that I could best describe as Cocktail Disco.
I believe this style was called Sleaze back in its days, from roughly 1976 to 1979. There were even DJs specialized in the Sleaze sound which was usually played after hours, in spots with a strong sex oriented drive.
Cocktail Disco has that ubiquitous 4/4 beat and flying open high hat, complemented by rich orchestrations, campy over the top vocals, and an often tropical latin vibe. Something that wouldn’t feel out of place in a broadway musical.

Typical examples can be found in the various works of New York producer August Darnell AKA Kid Creole (and the coconuts).
Major acts like Barry White’s Love Unlimited Orchestra, Vince Montana’s early Salsoul projects, Manhattan Transfer all had a strong hand in championing that sound to the larger media.
Major acts inevitably spawned smaller ones trying to follow with a similar sound, and hence an identifiable genre was born.

The indie label releases usually meant lower producing budgets, which translated in less polished recordings giving the music a rawer, more appealing sound to me.
Mix tricks from other genres were emerging: heavier drums, louder percussion, climaxing breaks… as if compensating for the cheaper orchestral sections.

Two years ago I was invited for a guest slot on my friend’s RadioRoro internet show (visit him via my top friends section) and decided to make a Cocktail Disco hour.
One continuous set of this music sounded real sweet, and with a surprising amount of positive feedback combined with the lack of exposure of this genre, I decided to put together a compilation project to further expose it.

“Cocktail Disco” a double CD compilation will be released in June from UK’s BBE label, and available worldwide through the usual channels.

The focus is more on the indie and harder to find songs rather than on the major players which have been thouroughly compiled or re-issued.

BBE will be jointly releasing two limited doublepack vinyl sets which will include all of the CDs songs. Three choice cuts will feature in personal DJ friendly edits and one, Richie Family’s Frenesi, is exclusively remixed from its original masters, you can sample it on MySpace player.
www.myspace.com/djdimitrifromparis

outré black metal, with a Victory Over the Sun interview and music from Liturgy and Jute Gyte.